“The art of the Jungle” with Skudzy

Serge “Skudzy” Huleani is the starting jungler for 50 Kent, who were last split’s winners. A veteran of both the game and the competitive scene, he is an analytical jungler with a wide champion pool and an attitude that’s nowhere near as intimidating as his reputation. I caught up with him to ask just what it takes to get on his level.

Obviously 50 Kent were last split’s winners, are you aiming for the same again this split? What are your plans for getting there?

I’ve played NUEL before at my old university (this is my masters year) but we never even made playoffs, I don’t know if that was because the rest of the team wasn’t as good as they are here or if I wasn’t as good in terms of leading a team. Either way I didn’t expect to come in and just win it pretty much undefeated. Which was nice.

So going into it you were able to take a lot of that previous experience and bring the team forward with that?

Most of my experience didn’t come from the NUEL, it was more a bit of fun really. At the time I had been playing in ESL and participating in the UK tournament scene, so pretty much all of my experience comes from that. I’m contracted to MnM and we play quite seriously at a high competitive level, so NUEL is a side thing that I do on Sundays just for a bit of fun but also for a bit of extra competition. So whatever I do in those scrims, with MnM, I take back to my NUEL team. To go back to your question we’re definitely going for the win again this split, for the rest of the team that was their first time competing at a tournament level, so I sort of had to bring them into the mindset of how you play competitive stuff, like you’re not going for kills anymore you’re setting objectives up. I think they’re getting a lot more used to that now so if anything it should be easier this time round. At the same time though some of my ESL games are also on Sundays so I’ll have to have a sub play in for me if they’re at the same time, since I’m contracted.

As of right now you are currently ranked 477th in the country, and the only one in 50 Kent to ever reach Master, as a result do you feel pressured by the team to live (or play) up to that rank?

Not particularly, I think they had heard of me before because my name had been out there in the ESL but they didn’t really know this competitive side of League of Legends. Obviously they had played NUEL before but the reason we were able to go almost undefeated all the way up until the finals is because we’re playing properly, we’re playing the game how it should be played, and they weren’t aware of that previously I guess.

Exactly, I think me coming in and showing them that made them realise that, so now that’s the way that they want to play from now on. It’s almost gotten to the point where if I slip up and do something wrong they’ll be able to go “hang on, didn’t we do this last week” or something like that.

They’re starting to get into the mindset.

Thus far your games have looked very solid, are there any areas that you’re looking to work on for upcoming games?

Yes, definitely expanding some champion pools and getting certain players in the team more comfortable with meta champions in their respective roles, ones they haven’t really been playing. After every week I’ll say “can you play this” or “try a bit of that”, “get this ready for next week”, and then we’ll have 2 games practice against another NUEL team to see how it goes with the champion, and then try to bring that forward.

And then you can bring that advantage into the draft, with that wider champion pool comes more options.

Exactly, and at the same time, for me personally, there are a lot of jungle bans every NUEL game. And I mean a LOT. So I’ve also gone out my way to try and expand my pool as well, and maybe bring forward some picks that would be a bit unexpected, but can still do their job without the enemy team suspecting.

I did notice a lot of Zac on your summoner profile.

Zac’s not much of a surprise, but there are other picks like Jax and Camille that I’ve been playing as well that I can look to bring forward too. I’ve only started playing ranked on my main recently, just yesterday actually, and I haven’t placed yet. Last season I was Master in solo queue and Challenger in flex queue, I’ve not been challenger in solo queue for a long time but I’ll try and go for it this season perhaps. 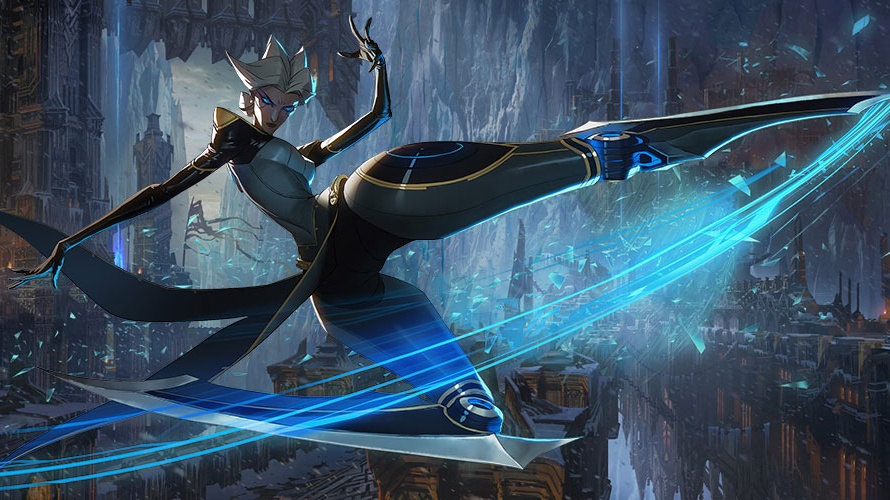 Just to end it off, if you could give one tip to aspiring junglers out there what would it be?

Or one rule, let’s put it that way. What is the one rule of jungling that you would give?

Stop looking at your own character. Don’t look at what you’re doing but instead look at the rest of the map and thing of what you should be doing in the future. Don’t think in the present moment, think in future tense

Display to yourself all the options you have in terms of jungling and pick the best one rather than just being spontaneous. You always have to have a reason behind everything. Don’t just gank the midlane because the midlaner is flaming and he says mid is free, you have to consider your other options. If I’ve got a Twisted Fate vs a Fizz, is it free really? I could instead get my level 3, go top lane and gank the Jax against a Nasus or something. Take all your options into consideration.